Arrival at Da Nang international airport, you will be welcomed by our tour guide and then transfer to Hoi An ancient city. Arrive at  Hoi An and check in at hotel. Be at leisure for private activities. Enjoy dinner at local restaurant and stay overnight at hotel.

Breakfast at the hotel. This morning, you are going to take  a walking tour to visit Hoi An Ancient City and explore  romantic city streets to discover many historic sites. Your first destination will be Hoi An Museum of History & Culture. This small museum displays a range of artefacts such as photographs of local architecture, ceramics and pottery depicting the changing faces of Hoi An including the Champa era dating from 7th-15th centuries and Dai Viet from 15th to 19th centuries. The museum also contains relics spanning 2,000 years of Hoi An history and offers an interesting insight into the heritage of Hoi An including traditional burial rites with some very old coffins on display alongside what is a very eclectic mix of exhibitions portraying Hoi An throughout the ages. Next, you will visit The Kwan Temple which was founded in 1653. This small temple is dedicated to Quan Cong, an esteemed Chinese general who is worshipped as a symbol of loyalty, sincerity, integrity and justice. Phuc Kien Chinese Assembly Hall or Fujian Assembly Hall was built around 1690 and functions as a traditional assembly hall for the Chinese ethnic group from Fujian, China to socialise, but later was transformed into a temple dedicated to their deity named Thien Hau - the goddess of the sea who protects sailors from danger. Another must-see attraction in Hoi An is Japanese Covered Bridge, dating back to the 18th century and is a beautiful historical piece of Japanese architecture. It is claimed that it was created by the Japanese then living in Hoi An as a way to reach the Chinese quarter across the water. The bridge was opened by Nguyen Phuc Chu Lord in 1719 who carved three Chinese symbols above the door in commemoration. The bridge also features the sculptures of two dogs and two monkeys representing the Chinese years in which many Japanese Emperors were born along with the fact that the building of the bridge began in the year of dog and was completed in the year of monkey. Adjacent to the Japanese Covered Bridge is Phung Hung Old House that stands on eighty columns. It was built in 1780, some other features of the old house include the Yin and Yang style roof, which is traditionally made out of convex designs. On the other hand, the tiles that interlock the roof are made in concave design. After lunch at local restaurant, you will leave Hoi An for Hue city. En route, you will visit Cham Sculpture Museum in Da Nang city. This impressive museum shows the most complete collection of rare and valuable items of the famous Champa Kingdom. The next place is Lang Co Beach, a natural attraction of Thua Thien-Hue province, just 60 km from Hue city. This white sandy beach has coral reefs, and a wide variety of high-value seafood. In addition, it has large waves which are suitable for beach tourism and scuba diving. Arrive at Hue city and check in at hotel. Enjoy dinner at local restaurant and stay overnight at hotel.

After breakfast at the hotel, you will enjoy the whole day touring the Vietnam’s former ancient capital. First of all, you will take a dragon boat excursion on the Huong river to visit Thien Mu Pagoda or Heavenly Lady Pagoda which was built in 1601, on a hill overlooking the Huong river, 04 km southwest of the Citadel, this pagoda is an icon of Vietnam as well as Hue citadel. It is considered one of the oldest and prettiest religious buildings in the country. The name of the pagoda came from a legend that an old woman once appeared on the hill and said that a Lord would come and build a Buddhist pagoda for the country’s prosperity. Hearing of this, Lord Nguyen Hoang ordered the construction of the pagoda for the “Heavenly Lady” (Thien Mu). The next destination will be Minh Mang’s Tomb. The  tomb has an area of 18 hectares, surrounded by a wall enclosing inside 40 monuments, including palaces, temples and pavilions. The structure of the tomb is a symmetrical central axis by way of road, where the different monuments are lining up. This axis is known with the name of trail Than Dao, which runs through a Lake of lotus flowers. The main entrance to the tomb is the Dai Hong Mon gate, from there  you  have to walk half a kilometer to reach the central courtyard. After lunch at local restaurant, you will visit The Citadel Complex of Hue, set up by Nguyen Dynasty from 1805 to 1945, is now one amongst the relics of the Hue ancient capital, the World Cultural Heritage, capturing much of tourists’ attention. The poetic and beautiful Hue city was chosen to be the capital of the Southern Kingdom under Nguyen Lords’ Dynasty, and officially became the nation's capital under Tay Son Dynasty, King Quang Trung. It is a huge complex covering an area of 520 ha and comprising three circles of ramparts, Kinh Thanh Hue (Hue Capital Citadel), Hoang Thanh (Royal Citadel) and Tu Cam Thanh (Purple Forbidden Citadel). And the final destinaton in your itinerary is Dong Ba Market where you can find a wide range of local products. Dinner will be served at local restaurant and stay overnight at hotel.

Breakfast at the hotel. You will have a long and interesting day driving from Hue to Quang Binh. En route, you will make a stop at DMZ area (Demilitarized Zone), Hien Luong Bridge and Ben Hai River in Quang Tri province. After lunch at local restaurant, you will visit Vinh Moc Tunnels which are 02 kilometers in length and it could accommodate up to 60 families and 17 babies born during the war. Arrive at Phong Nha and check in at hotel. Enjoy dinner at local restaurant and stay overnight at hotel.

Breakfast at the hotel. You will hop on board a boat to explore the most impressive Phong Nha Cave, especially water cave, it is famous for its rock formation which has been given names such as the “Lion”, the “Fairy Caves”, the “Royal Court”, and the “Buddha”. After lunch at local restaurant in Phong Nha village, you have a chance to explore amazing Dark Cave where you can experience many adventure activities. It  is made of mostly basalt in addition to limestone. The basalt is a black hard rock, giving it its dark name..By the time we get through the passage, you are covered in mud and ready for another swim. This time you can go further into the cave, where the width is probably 100 m and the depth is deeper than anyone could touch. As you swim, you have to duck under huge stalagmites and balance between limestone columns to get to the next big opening. On the way back, you can turn off your flashlights during the long swim stretch and then swim in darkness. It is surreal. Probably the coolest thing you will ever do. Activities: Muddy bath, zip-line, swimming, kayaking, soft caving and walking. In the end, drive back to Hue city and check in at hotel. Dinner will be served at local restaurant and stay overnight at hotel. Tip: Bring swim wear and towel.

Breakfast at the hotel. Check out of the hotel and transfer to Da Nang international airport and board a flight to your next destination. END OF TOUR. 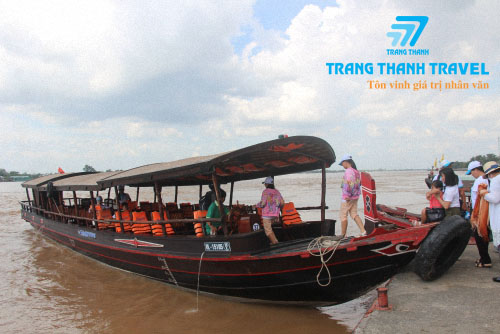 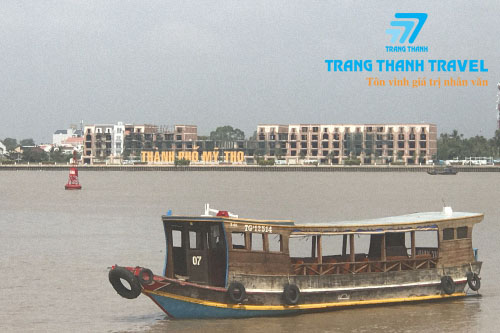 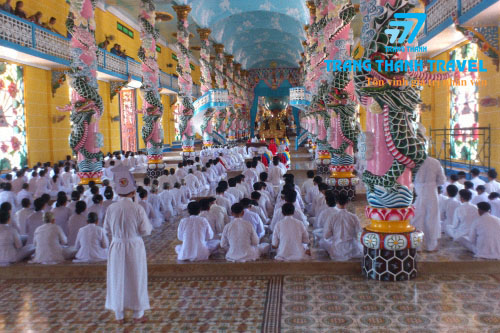 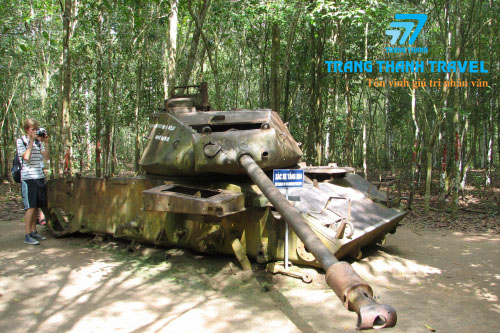 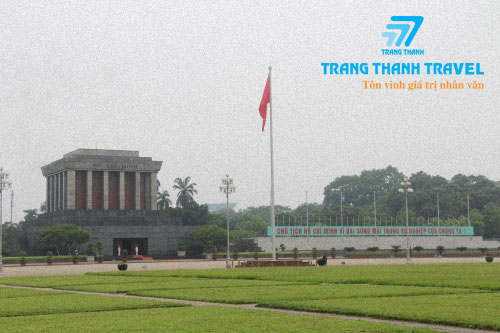 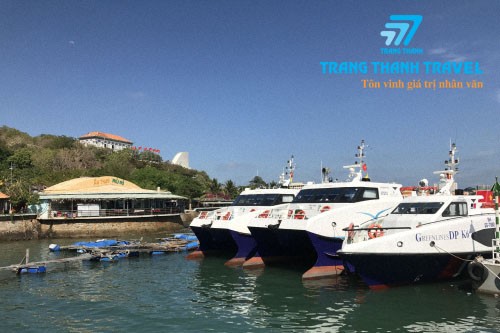 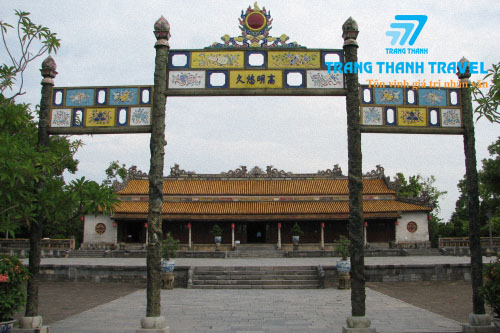 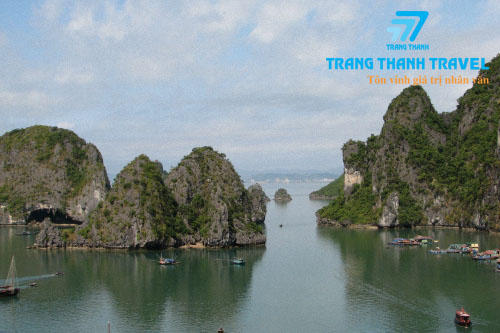 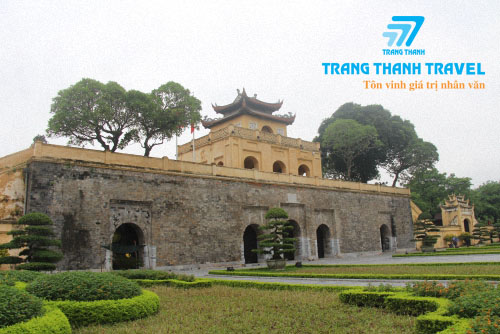 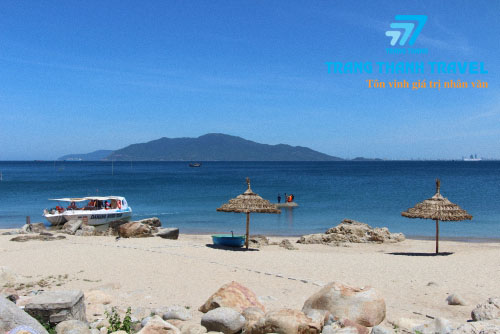 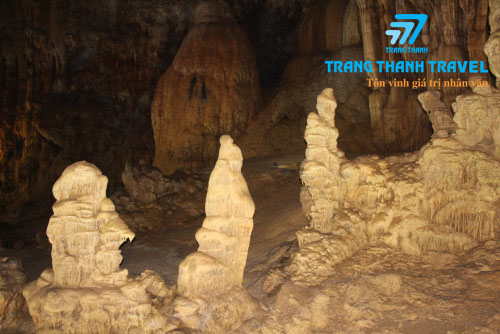